Located in the heart of Magic City District

Since 1989, Diana Lowenstein has been part of the international art scene through her role as an active gallery owner and director, first under the name Der Brücke and later with Diana Lowenstein Fine Arts.


She began her career as a gallerist in Argentina, fomenting young local artists as well as organizing exhibitions of world-renowned foreign artists. Her art savvy as well as her relations with European galleries, resulting from her beginnings as an avid art collector, made it possible to represent grand masters such as Wifredo Lam, Roberto Matta and Antoni Tapies. One-man shows of their works were made available to an art-hungry clientele in Buenos Aires.


For over twenty years, Diana Lowenstein has been a fervid promoter of Argentine art at home and abroad. Participating in high-caliber art fairs like FIAC in Paris, ARCO in Madrid, Art Basel, Art Chicago and Art Miami has been a staple in the gallery´s operation. Furthermore, Diana Lowenstein has been part of numerous organizing committees of these fairs, being able to influence their orientation to include a quality Latin American mix of talent.


On September 2000, Diana Lowenstein Fine Arts moved its gallery base to Miami, occupying a spacious warehouse just south of Coral Gables. This decision was not a random selection but a careful thought-out plan to be part of the up and coming South Florida art scene. Diana Lowenstein and her family have had businesses in Miami Beach since the late 1960s and she was "drawn to the dynamic changes in the Miami art scene" and the fact that the region "had become a melting pot of cultures and trends."


Mrs. Lowenstein has been responsible for curating the artwork seen at The Ritz-Carlton, South Beach, a property owned by her family. The process was one of careful study of the hotel's overall design, its historic value and presence as well as the desire to reach a cohesive visual balance through the select group of artists she chose to include.


Contemporary art has always been Diana Lowenstein's preferred artistic current, and her personal taste is seen in every show she curates. An eclectic mix is ever-present in the paintings, sculptures, photography and installations she exhibits at her gallery.


Diana Lowenstein strives to introduce vibrant new artists, undoubtedly enriching the community's art diversity. She also makes her selections available to the rest of the world by continuing her presence in all major art shows and specialized magazines. This ongoing effort requires dedication, experience and expertise in the art field: qualities that best describe Diana Lowenstein.


Diana Lowenstein Gallery is located in Magic City in Miami, in a converted warehouse space at 326 NE 61st Street. The gallery represents over 20 artists from around the globe. She has made it possible for many of her exclusive artists to exhibit works in major world museums and biennales. 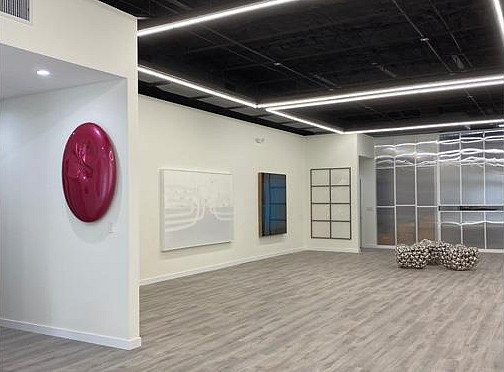